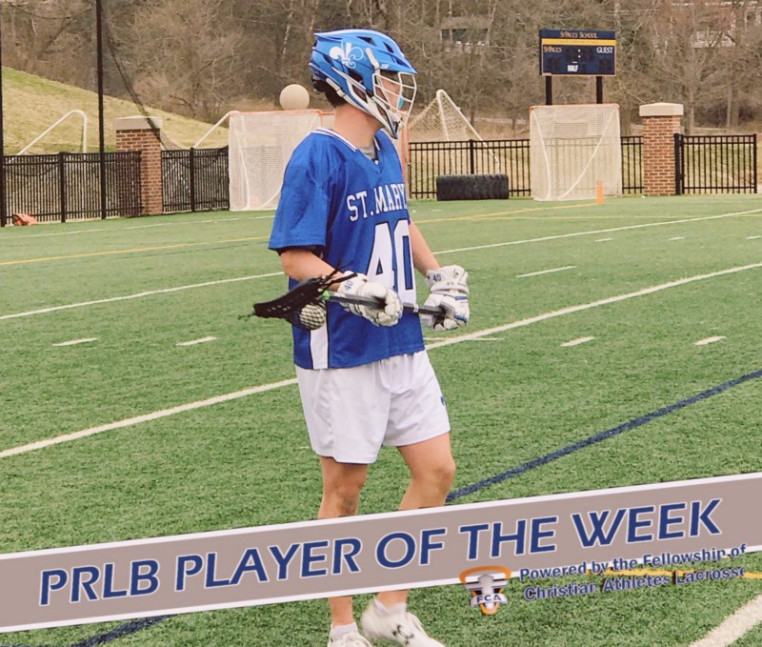 St. Mary’s Annapolis sent a message last week to the rest of the MIAA-A conference. And that is the 2019 Saints are for real. A huge part of why is because of the way defense played in the victory’s over St. Paul’s and Loyola Blakefield, holding both teams under 10 goals. The St. Mary’s defense is led by Yale commit senior BJ Burlace.

Burlace had an assist in the win over the Dons and a goal to help the Saints down the Crusaders on the road.

The great thing about BJ is that he’s a great leader to everyone on the field not just his fellow defensemen. He works hard to getting the ground balls, moves up the field well in transition and isn’t afraid to throw his body around to cause turnovers. Which will be perfect in Andrew Baxter’s (Yale Defensive Coordinator) defense at Yale.

“BJ Burlace is the senior on field leader of our program. His athletic play on the entire field goes from end line to end line. His position on paper is LSM but he plays every role on the field. He has the offensive ability to be a threat that our opponents have to respect. BJ has had a major impact on St Mary’s. Lacrosse over his four years. The best part of BJ is we still get to coach him for the balance of the spring of 2019. BJ will be attending Yale for his college education and collegiate lacrosse career.”

St. Mary’s will travel this Tuesday up to Baltimore County to take on Calvert Hall in what will be the MIAA-A conference game of the week. It will be a great game. The Burlace led defense against that high powered Calvert Hall offense will be fun to watch!