St. Mary’s Annapolis lacrosse relishes the underdog role, but the Saints are not to be ignored, now, or in the future 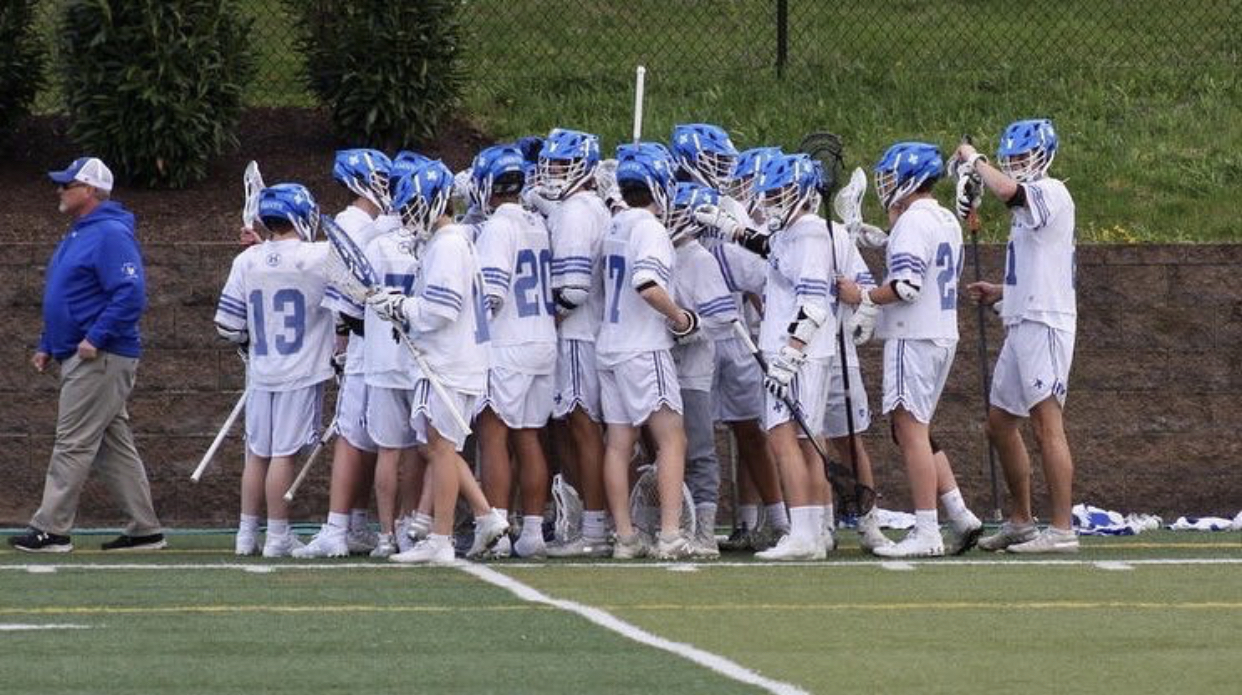 The 2019 season has been the benchmark that the St. Mary’s Annapolis men’s varsity lacrosse team has been shooting for as their opportunity to win another title. The folks at St. Mary’s are just as passionate about their lacrosse as their rivals in Baltimore County. Only problem is, the Saints, being in Annapolis and away from the buzz surrounding the other major schools in the MIAA- A conference, St. Mary’s tends to get left out of the conversation.

St. Mary’s uses that perception as fuel and drive to defeat the Baltimore County schools in the conference and show people that the Saints are for real.

The Saints have done just that as St. Mary’s will face Calvert Hall on Friday night at 7pm at Towson University’s Johnny Unitas stadium for the Maryland Interscholastic Athletic Association A-conference championship.

A team with tremendous senior leaders such as attackman Ian Krampf and longpole BJ Burlace, plus 18 players in the junior class on the roster, this St. Mary’s team has been in the works for a huge season.

St. Mary’s won the A-conference championship in 2015 under head coach Ben Rubeor who stepped down after the season and took the head coaching position at his alma mater Loyola Blakefield.

Faceoff guru Alex Woodall (Towson) and goalie Tim Troutner (High Point) were seniors on that team and so of course they graduated.

The following year the Saints struggled, going 1-16 under head coach and alum Victor Lilly. And so after that 2016 season people just figured the Saints were back to residing at the lower tier of the conference and wouldn’t return to the MIAA-postseason picture again or any time soon.

Four seniors were on that 2015 championship team, attackman Garrett Nilsen, middie Ryan Jones, Burlace and Krampf, and they’ve been dealing with the negativity and having the national media ignore them the past couple years. So coming into 2019, they had a mission to show those critics that they made a mistake by overlooking the Saints.

From the end of March to the end of April of this season, the Saints went 6-1 in conference play. Defeating teams like St. Paul’s, Loyola Blakefield, Gilman and Boys’ Latin, to send the message that St. Mary’s varsity lacrosse is for real this season. And in their regular season meeting Calvert Hall beat St. Mary’s 13-9, a game that left you wanting to see it again in the postseason.

“All season people have been doubting us, it gives us more motivation to show the world and the rest of the region how we can play with rest of the Baltimore schools,” said Krampf who is committed to Johns Hopkins.

This Saints team is tough and resilient that is for sure, especially in big time games. Tuesday night Boys’ Latin opened with a two-goal lead. But junior face-off specialist Zach Dudley started winning the draws, middie Alex Wicks and Burlace controlled the middle of the field so the offense could go to work, and St. Mary’s all of sudden had a 6-2 lead heading into halftime and never looked back. This team fights for the ground balls and hustles all 48 minutes of the game and will be a tough battle for Calvert Hall on Friday night.

Asked what if he could describe in one word what this season has been like, Krampf said it has been Huge. Its a huge season. This is my senior season and I don’t get another crack at this. Its win or go home season. So I’m thankful that we get to play another game.”

Winning the title on Friday night would definitely be the icing on the cake for Lilly, Krampf and the rest of the Saints team. Even if St. Mary’s loses to the Cardinals, it will have still been a great season to remember. Additionally, It will also send a message that the Saints are here and aren’t going back to the basement of the conference anytime soon because their JV just made it to the semifinals and the star of that team Nick Kaufman is up on the varsity team playing in the semis and will play and support Burlace in the title game.

The St. Mary’s Annapolis lacrosse program is strong and shouldn’t be ignored.