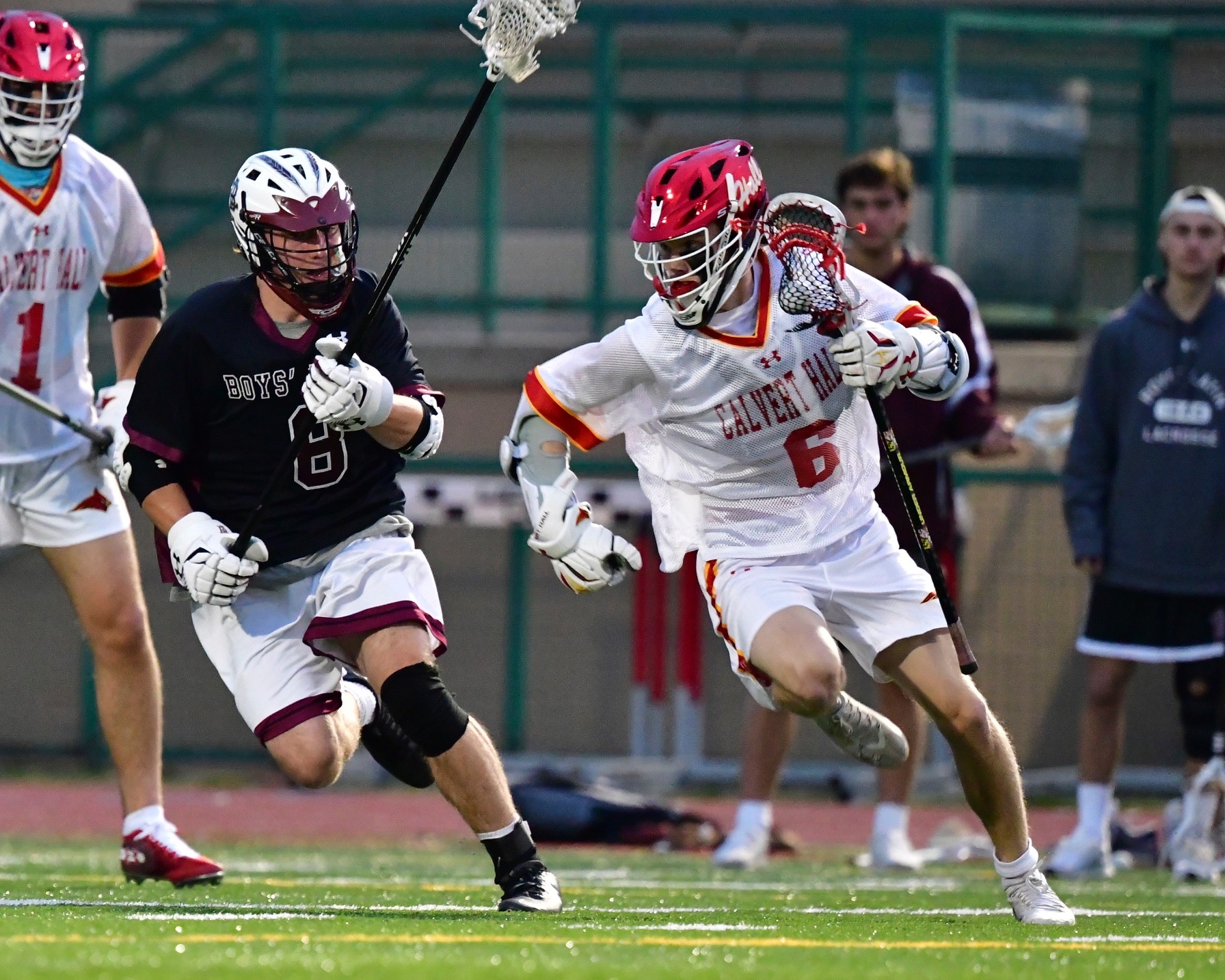 The Cardinals have an opportunity on Friday night to make history. Calvert Hall if they are victorious against St. Mary’s in the MIAA A-conference championship game, it will mark the first time in the MIAA-era that a team has won the title in three-consecutive years. Plus the Cardinals would be looking for their fifth championship which would put them in the lead with the most titles in the modern era.

Cardinals head coach Bryan Kelly doesn’t really focus on the aspect of his team making history or being the team with the most titles. Kelly is focused on his team playing a great game and are focused to play a very tough St. Mary’s Annapolis team.

“These kids have really bought in and they are really good teammates. They care for each other, i don’t know if there’s been any hard part throughout the year, its just getting these guys to understand they have to improve day in and day out. And get better and better throughout the year.”

The Cardinals went undefeated in conference-play this season and scored 250 goals total and only allowed 92 goals total.

“Sometimes when you have success you think, “Yeah we’re good, were, good, you know.” I think this team has grasped the understanding that we have to continue to get better.”

“None of these guys cares who scores or who does certain things within the team. They are just about one another and i think that aspect has been really nice to see.”

The amazing thing about Calvert Hall’s success is how well the incoming classes over the last three seasons have come in and have grasped what the mission is and have hit the ground running. Freshman attackman Truitt Sunderland has started every game this season for the Cardinals and when you watch him out on the field playing you wouldn’t know it that he was a freshman.

The other impressive part about the Cardinals success in 2019 is how dangerous they are at every area on the field. Whether its Jackson Marshall holding down and shutting down teams in goal, or Jake Snyder and the rest of the defense being stingy and relentless and causing turnovers, to midfield being run by the bash brothers, Cole Herbert, Connor and Grant Mitchell, and face-offs by Chris Cottone and Tyler Dunn controlling the circle or the attack being run by Daniel Kelly and Jack Sawyer, this Calvert Hall team is loaded with talent all over the field. But the thing that goes unnoticed is how much depth this team has and how conditioned they are. That is how they’ve been so successful all year is by wearing other teams down and dominating at all areas on the field.

“The other great thing about our program is their are players on our team that no one knew about who have become good players,” said Kelly who pointed out junior midfielder Josh Webber as a player who has done well this season. “Guys like Colin Stewart, Justin Mintzer, Ethan Long, all of those guys have worked very hard and been great players for us. These guys have been doing great offensive players for us. And you have Ryan Kilcoyne on defense, and Sean Barwick who has done a great job as a long pole. There’s a lot of new faces, and these guys have bought in.”

When you watch Calvert Hall play and how they conduct themselves off the field with interviews or just watching them involved within the community, you never get the sense its a team thats divided between the underclassmen and upperclassmen, it really seems this group is a band of brothers. The seniors get the water bottles filled or carry the goals out for practice. Its never just the freshmen doing those things. And Coach Kelly even gave props to the seniors who don’t dress and help on the scout team. Saying that, “they are a big reason for their success and having the team ready and prepared each game.”

Although, the Cardinals  are on the doorstep of a historic night, people have been whispering and sharing bitter feelings, whether its on social media or just at the games watching Calvert Hall. Some folks watch Calvert Hall and joke, they are so good because they’re the best team money can buy. They aren’t the 1927 Yankees or the new England Patriots for crying out loud. This is a high school program on a hot run. A lot of high school programs go on hot runs, just look at the McDonogh women’s lacrosse program. Calvert Hall has done a nice job attracting great kids that a talented on the lacrosse field.

Coach Kelly tells his team to pay no attention to the bitterness or negative opinions and to remain focused on the task at hand. Kelly even tells his team the same message when they hear how good they are and tells them that they haven’t won anything yet.

The only thing Calvert Hall has to do is continue to win and do what has got them to this point. It’s a remarkable story for local sports and high school lacrosse. And down the road some other team within the conference will have a huge run. But for right now, its the Cardinals time to shine.