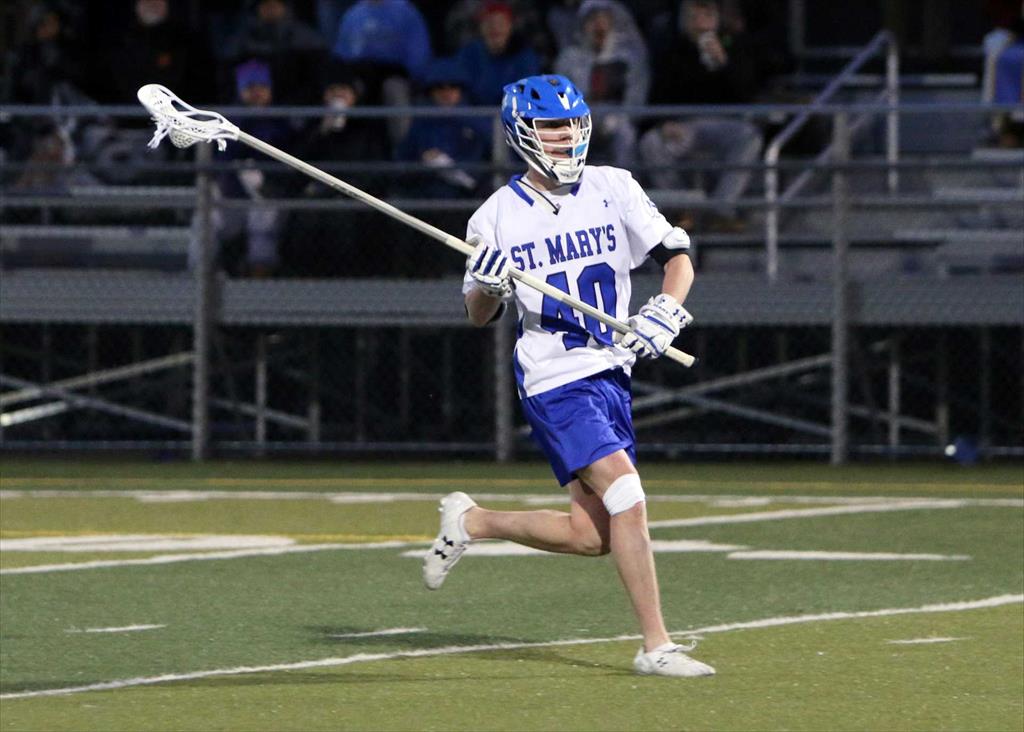 The decision and process that goes into deciding who will be the Player of the Year is always a tall task, especially when you’re trying to select players from one of the, if not, the top hotbed, for high school lacrosse.

This season has been no different. We have been going back and forth on several deserving players from around the Baltimore metro area for boys’ HS lacrosse. But we always come back to B.J. Burlace.

If you watched St. Mary’s Annapolis last season, all the way through this season, you would have seen how much of a leader Burlace has become for the Saints program. B.J. is the voice in the huddle, he’s the glue that holds it all together, and BJ has become an excellent student of the game. Burlace was a large part of the Saints success in 2019, which included their first trip back to the A-Conference finals since 2015.

Whether you’re watching Burlace in-person or on film, you instantly fall in love with the way this young man plays the game.

Burlace, is a threat all over the lacrosse field. He’s either creating turnovers on the defensive end, moving the ball up-field on a clear and will rip shots on cage for goals all day long. This season, Burlace scored 12 goals, had 10 assists, scooped up 65 ground balls, 27 faceoffs and 21 caused turnovers.

His ability to help off the wing on faceoffs this season was a thing of beauty. Calvert Hall head coach Bryan Kelly admitted after the Cardinals beat the Saints for the MIAA-A conference championship that containing Burlace off the wing was something they had practiced on leading up to the title game.

The beautiful thing about Burlace is his character and personality off the field. Last summer, at the Under Armour Underclass tournament at Towson University, Burlace and several other fellow St. Mary’s teammates decided to wear their blue Saints helmets during games, to remember the victims from the Annapolis Capitol newspaper shooting.

The Saints really shocked people in 2019, going 12-6 overall and 8-2 in the mighty A-conference. Beating a handful of the Baltimore-area MIAA A-conference teams. Playing with a chip on their shoulders and aiming to prove pundits wrong about St. Mary’s Annapolis lacrosse.

Burlace, who was team captain and named team MVP, was leading the charge, making sure his team competed all 48 minutes.

The victories were great. But the complete team effort when the team from Annapolis traveled to defeat the Baltimore teams was what the Yale commit really loved the most of all.

Burlace ends an amazing high school career. B.J. was named an US Lacrosse All American, Under Armour All-American and All-MIAA.

PRLB ALL-AREA TEAMS WILL BE POSTED ON THURSDAY