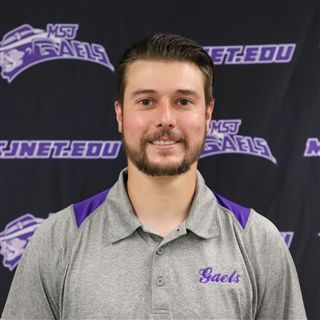 Tyler Reid has been named head varsity lacrosse coach at Mount Saint Joseph High School, after serving as a volunteer assistant last year for the school’s varsity team. “It is my privilege to announce the appointment of Mr. Tyler Reid as our next head varsity lacrosse coach,” says Mount Saint Joseph Athletic Director, Kraig Loovis. “Tyler’s energy and winning ways will surely elevate The Mount’s lacrosse program, and we are excited to get started under his leadership. His level of experience, understanding of our Xaverian mission, and his relationships with our current players make him the right man for the job.”

Reid’s winning ways include leading Stevenson University to a national championship as a player in 2013, earning a USILA All-American Honorable Mention twice, and being named Stevenson’s Most Outstanding Male Athlete. Before joining the Mount Saint Joseph coaching staff, Reid served as a volunteer assistant coach at Stevenson University.

Standards for level of play and attention to detail will be extremely high as Reid starts his first season as head coach of the Gaels. “I am expecting my players to be dedicated, hard-working, and diligent both on the field and in the classroom,” says Reid. “Getting to know the guys from the past season has allowed me to really see the potential that this program has moving forward. There are a lot of strengths that we can build on to create a winning culture.

I am excited to get started.” As a graduate from a fellow Xaverian Brothers Sponsored School, Xavier High School in Middletown, Connecticut, Reid has felt right at home at Mount Saint Joseph. “I really enjoy working at a school like this where it’s more than just the athletics, it’s also the academics and instilling character on and off the field. Those life lessons will go much further,” reflects Reid.

In addition to being the head varsity lacrosse coach, Tyler Reid will serve Mount Saint Joseph as a teacher in the DePaul Program for students with learning differences. Brian Semkiw, a former assistant at Urbana High School, will also be joining the coaching staff as an assistant.