Dom Starsia’s new book “I Hope You Will be Very Happy” will be available Oct.15 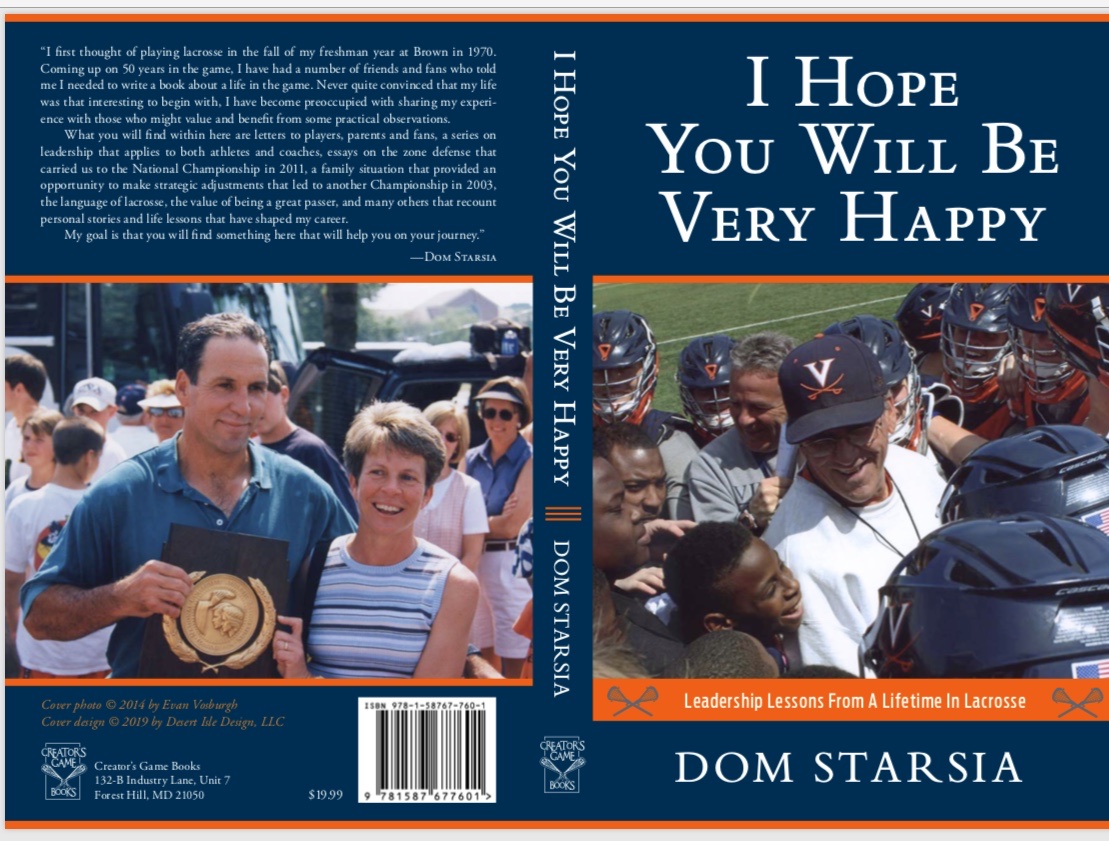 “I first thought of playing lacrosse in the fall of my freshman year at Brown in 1970.  Coming up on 50 years in the game, I have had a number of friends and fans who told me I needed to write a book about a life in the game.  Never quite convinced that my life was that interesting to begin with, I have become preoccupied with sharing my experience with those who might value and benefit from some practical observations.  What you will find within here are letters to players, parents and fans, a series on leadership that applies to both athletes and coaches, essays on the zone defense that carried us to the National Championship in 2011, a family situation that provided an opportunity to make strategic adjustments that led to another Championship in 2003, the language of lacrosse, the value of being a great passer and many others that recount personal stories and life lessons that have shaped my career.  My goal is that you will find something here that will help you on your journey.”

Author Bio: Dom Starsia coached college lacrosse for 42 years, including 18 as an assistant and the head coach at Brown University and 24 years as the head coach at the University of Virginia.  He retired from the college coaching ranks in 2016 as the winningest coach in NCAA Division 1 history.

Starsia had never seen lacrosse before he entered Brown University as a football recruit in the fall of 1970.  He went on to be first team All-Ivy in both 1973 and 74 and was an All-American selection in both those years.  Starsia played professional box lacrosse in the National Lacrosse League in 1975 and was selected to the US National Team that competed in the World Games in 1978.  He was named the USCLA Club Defenseman of the Year in 1979 and was named to Brown’s Team of the Millennium in 2000.

He presently serves as the head coach for the Chrome Team in this inaugural 2019 season of the Premier Lacrosse League.