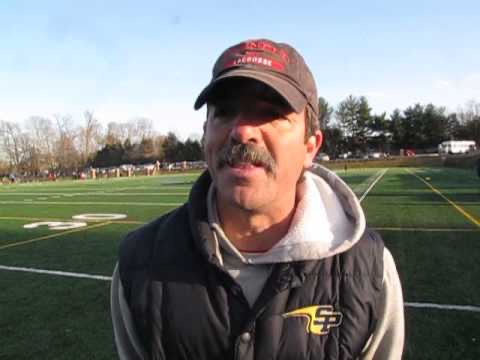 The sport of lacrosse is better when Rick Brocato is coaching in it.

On Tuesday, Towson High School announced the hiring of Brocato to be the head coach of the boys varsity lacrosse team. Brocato, who is a Towson High alum, returns to help continue the Generals quest on winning their first state title since 1997.

The job became vacant a week ago when, then coach Shawn Burke stepped down after two years of revitalizing the program. Brocato brings an impressive resume back to his alma mater after legendary career as the head coach for the St. Paul’s School. Brocato retired in 2017 as the the Crusaders all-time career wins leader with 241. As well as winning several Maryland Interscholastic Athletic Association (MIAA) A-Conference championships.

It’s impossible to find someone who has played for Brocato to speak an ill word towards the longtime teacher/coach. When news broke about Brocato being hired at Towson, there was an outpouring of praise and congratulations from his former players and people in the lacrosse community, all over social media.

Brocato has a passion for the game. He respects the history and the purity of the game. But at the same time he wants each and every player on his team to get the most out of playing the game.

Generals senior Jadyn Castillo is thrilled about the news. “Coach Brocato had come to Towson my sophomore year and spoke to us the day before we played Dulaney and he talked about the tradition in our program and his passion for Towson was evident, so him taking over the head coaching job at Towson is a great step for our program as a whole and I’m greatly excited as I’ve known about his success as a coach at St. Paul’s and the figure he is in the lacrosse community. He is an excellent choice for head coach for us.”

The Towson job is perfect for Brocato. He is taking over a program that’s in good shape. Last season, Towson finished the season as the 3A North Regional champions. And lost to Northern in the state semifinals. Their won’t be as much pressure and demand coaching at Towson than what Brocato had coaching for St. Paul’s and in the MIAA A-Conference. It’s going to be fun to watch how the players at Towson play for Brocato.

With Brocato taking the Towson High coaching job and his Washington College buddy John Nostrant taking the Gilman coaching job makes you wonder will we some Generals vs Greyhounds, out of conference matchups in the future.

But nevertheless, it’s great to see Coach Broc back in the game and coaching. The kids he coaches will benefit greatly from it.

One of Coach Brocato‘s former players from St. Paul’s, Buggs Combs has been hired to be an assistant coach at Severn. Combs played at the University of Maryland as well as played some pro lax for several seasons for Major League Lacrosse.