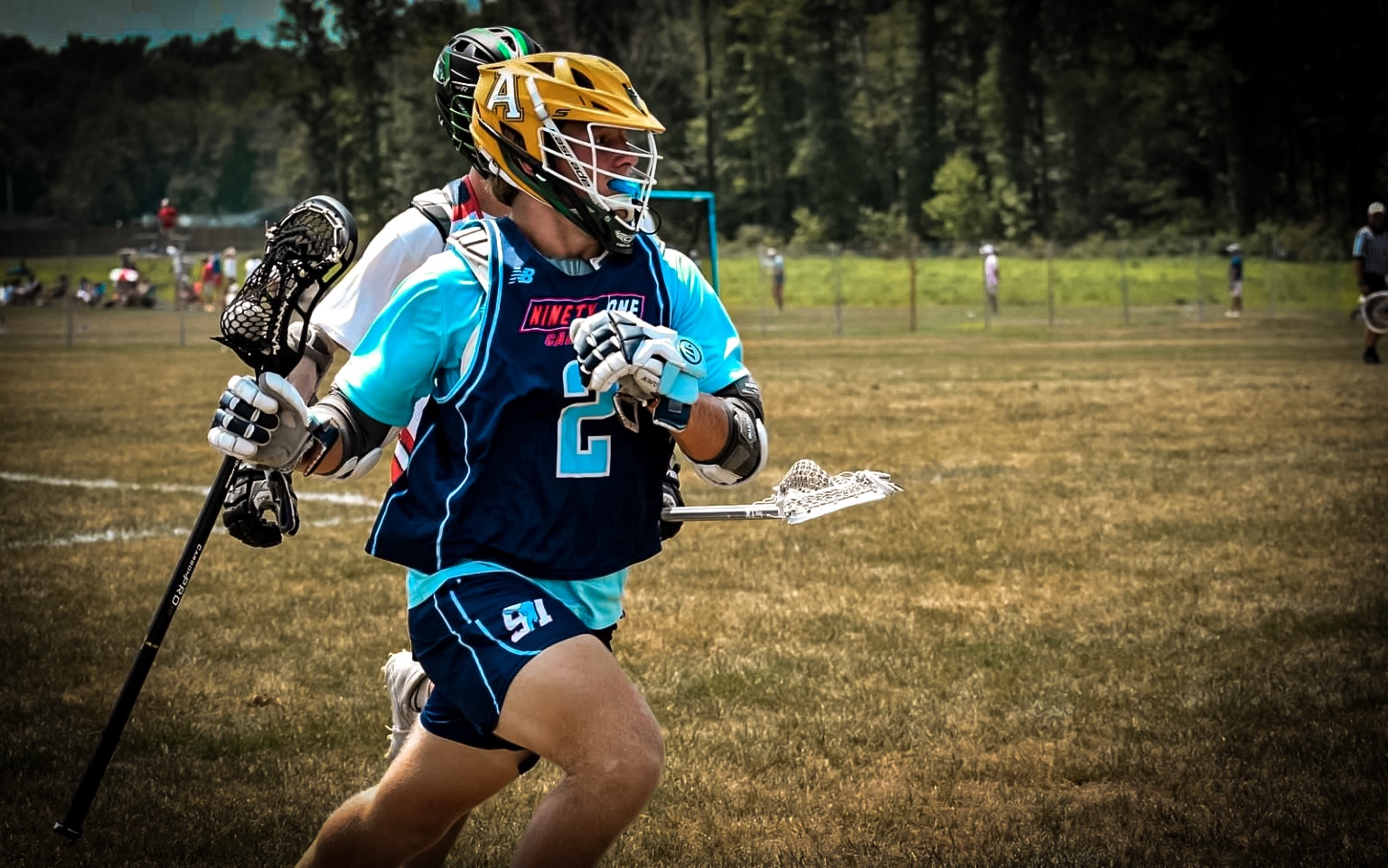 It was a torrential down pour tonight for the NC Next Gen Showcase but the lacrosse action was on fire.

With the midnight deadline approaching to the start of the recruiting period to open for the 2022 class, Team91Carolina showcased some of its best rising junior talent.

The game was live streamed via Cruit Cast.

Here are some of the notable players from the game that saw the Fox team defeated the Hounds team 16-10.

Damian Hall will be coaching the Hounds, long time Carolina coach who played at Loyola and now runs trianglelax.com and Peyton Smith of the Redwoods/Marist will be coaching the foxes. We pulled it together a bit fast as facility restrictions eased, should be a fun night!

This will be a great opportunity for some strong N.C. and South Carolina players in the ‘22 class to get some extra looks from college coaches before the September 1 recruiting period opens. When college coaches can contact 2022 recruits.

Also tonight, Inside Lacrosse will be having their own event for the top 2022’s as they will showcase 8 clubs the the Elite Eight. Featuring clubs from D.C., Maryland, Philadelphia, New England, Long Island, Michigan and other parts of the country. The Elite Eight will take place at the 76ers Fieldhouse in Wilmington, Delaware.

Here’s more information about this event